Obituary for Bruce A. Edwards 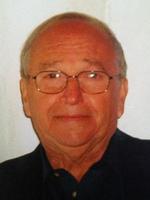 Bruce A. Edwards of Machias, New York passed away on Tuesday, November 24, 2020 at the Buffalo VA Medical Center at the age of 81.

He was born January 28, 1939 in Buffalo, New York a son of the late Aaron "Bud" and Marion (Schluter) Edwards. He was a United States Army Vietnam Veteran. He enjoyed playing euchre, reading, and watching James Bond movies. He was also a Yankees fan.

He was the owner of Bruce's Lake House in Lime Lake and was the first owner and operator of the Captains Chair in Harris Corners, NY.

He is preceded in death by his parents.

All rights reserved. This obituary is also archived at obittree.com